All the best characteristics of the Minion DHR II, in a plus sized tyre for your 27.5 or 29 inch rims. Rider, ChainReactionCycles.com, May 2020:
“A decent price for a great product. In the garage ready to replace my reckon+ when the ground turns wet! We all know the tires great.”

Single Track World
“I have been a big fan of the DHR II for a while, running it as a rear tyre in 29×2.3in guise through the winter. With large rectangular blocks in the centre and big square side knobs, the grip and braking traction generated on steep and loose technical trails is nothing short of startling.

The pros and cons of such a set up are already widely written about, but one thing, beyond doubt, is that the grip you get from running tyres this wide at pretty low pressures is insane.

Both the Minion DHR II and High Roller II tyres offer the same great performance that their narrower siblings offer, with the added benefit of extra traction and the associated confidence. They aren’t cheap tyres, but then there is a lot of rubber in them, so that goes some way to explaining the sticker price.

If you want ultimate braking traction and grip on steep, loose surfaces, then the Minion DHR II is probably the most aggressive plus tyre going. It is ridiculously sticky, and that gives a tonne of confidence.” – Tom Nash, SingleTrackWorld.com, June 2018

Worldwide Cyclery
“Tires reviewed are the Maxxis Minion DHF and DHR II, both size 27.5 x 2.8. Our boy Jason Peterson had been waiting some time for these tires to be released – he was looking for new meats that could charge hard and resist the punctures and tears that he had experienced in some other plus size tires. Let’s hear his thoughts on these bad boys.

They are finally here! Big meaty plus tires that can take a beating. My decision to purchase a plus bike literally hinged on these tires being available. I confirmed it with Maxxis last spring and let me tell you it was worth the wait. Yesterday I put 21 miles on them rolling through just about every type of terrain and trail surface my local mountain has to offer. The varied and wet conditions allowed me to get a good feel for what these tires are capable and where they shine.

Previously the unicorn (yes I named my bike) was shod in Scwhalbe Nobby Nics in EVO Trailstar Snakeskin form. Not a bad tire, but not great for what I wanted to. I’ll get that and draw comparisons [as] I go.

What about grip? Honestly, this is a little hard to quantify in a direct comparison of the Nobby Nic and Minion. The tread design of the Nobby Nic was built around the new plus sized carcass and provides not only a large contact patch but many points of contact as well. The Minions on the other hand are a scaled up version of a trusty but old pattern. The nobs and spacing of the Minions are huge in comparison to say a 29 x 2.3 as I will illustrate below. So going from the Nobby Nic to the Minions you have a smaller contact patch and less points of contact but huge dirt bike like nobs. So the grip is different. The Nobby Nic would wrap around a root and provide grip that way like a hand around a football. The Minions bite the bark between it’s nobs like teeth into a corn cob. Where the Minions stand out is in the very wet and muddy portions of the trail. I don’t think there is a better plus tire available for mud. These tires were also exceptional riding through creeks and over wet rocks. Overall the grip was very confidence inspiring.

Why would you want these tires? I’ll tell you why I wanted them. So many of the plus tires out there suffer from weak sidewalls that tear and puncture easily. I put a 3/16″ hole in the Nobby Nic on a rocky climb where the stones weren’t particularly sharp in an area dominated by XC bikes and tires. Frustration with a capital F. I was really looking for a plus tire with its added traction and bump absorption that I could charge down more DH oriented terrain with drops onto rocks and high speeds over roots. I wanted all that without the concern of punctures and tears that go along with such riding on so many of the other plus tires available. Guess what? I found it.” – Jason Peterson, WorldwideCyclery.com, March 2017 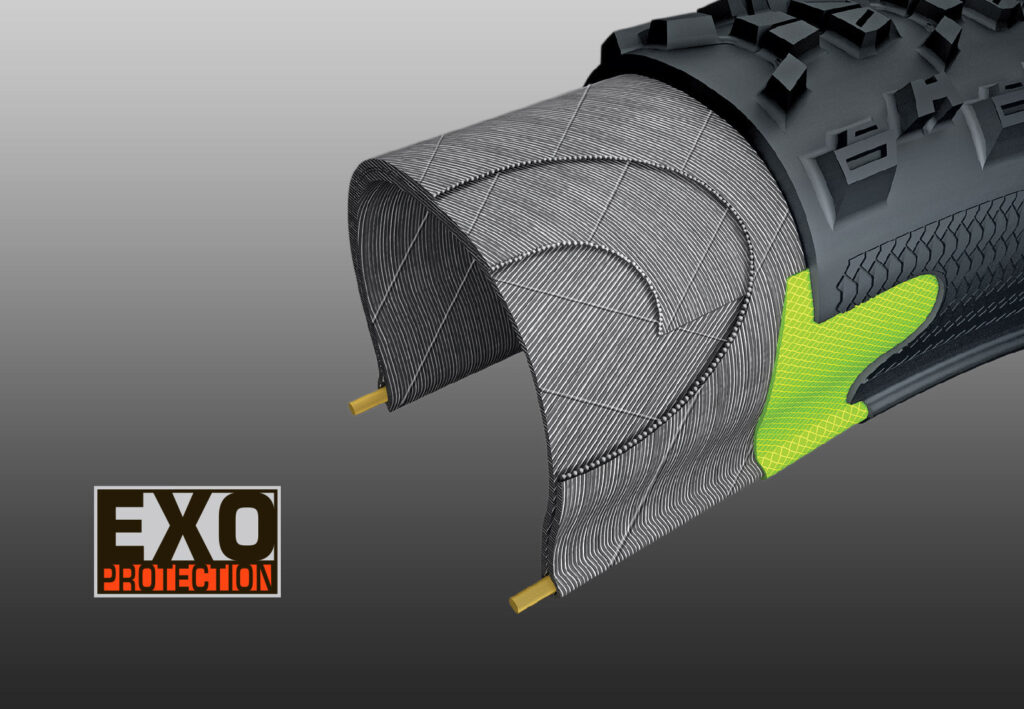 The iconic front tyre for plus bikes.
Read More