Fort William: Arguably one of the roughest downhill race tracks on the bike and the body in the world. This course is longer and very different from most others, and this venue always delivers on the excitement and thrilling competition between riders. With a larger than usual gap between World Cup DH rounds, fans were eager to see what the weekend would hold. 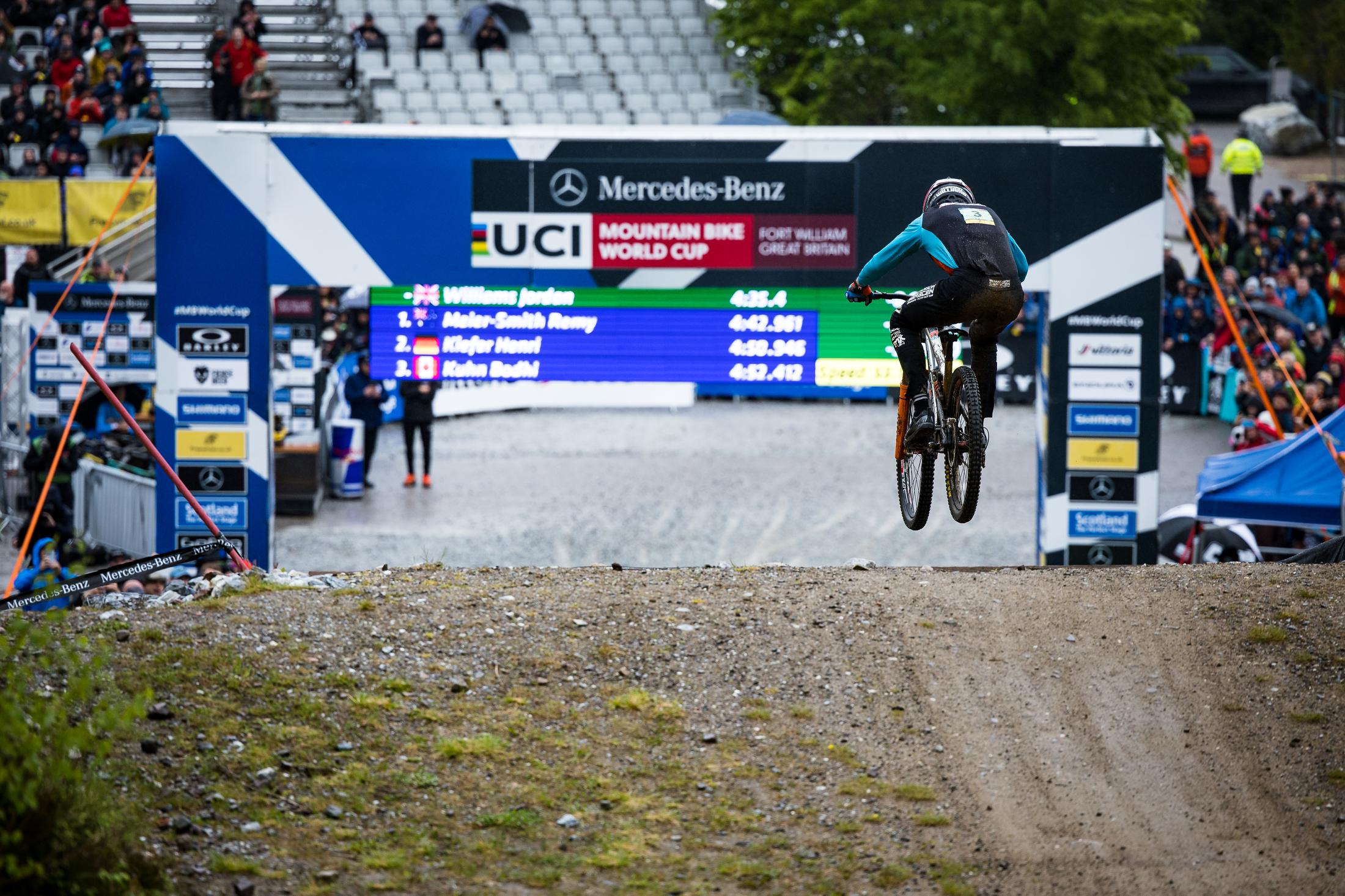 The Women’s race was a treat to witness. Nina Hoffmann (Santa Cruz Syndicate) has wasted no time getting down to business with the new team, winning the race and jumping to fourth in the overall standings. Her winning tire combo was the Maxxis Assegai up front with a DHR II in the rear. Vali Höll (Rockshox Trek Race Team) got on the podium once again, this time slotting into fifth place. Maxxis found success in the Men’s race as well. It’s hard to believe times were as tight as they were on such a long track, with the top four riders finishing within one second of each other. Laurie Greenland (Santa Cruz Syndicate), who qualified first, ended up placing third in Sunday’s race. Matt Walker (Madison Saracen) joined him on the podium in fifth place. Thankfully, World Cup fans won’t have to wait so long for the next race, with Leogang coming up on June 10-12.