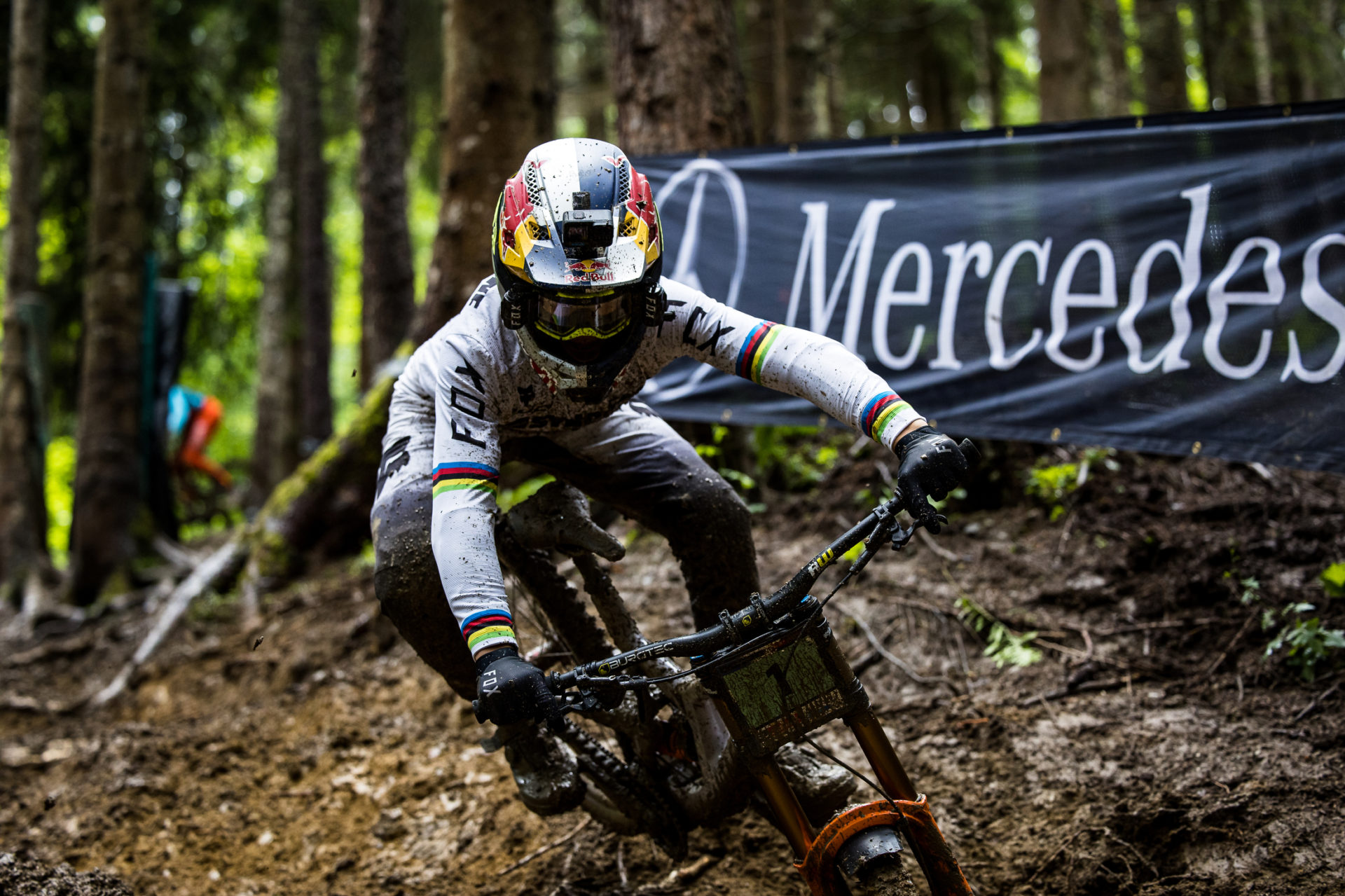 For the first double-header round of the 2022 season, the World Cup was back in Leogang, Austria. Just like past races in this amazing location, the downhill and XC courses were slick and rutted from the wet weather. Nevertheless, riders were having a blast on the tracks and fans were pumped for racing to begin. Friday kicked off the racing with the Short Track (XCC). Normally equipped with tires that have very low rolling resistance, most athletes ran some sort of mud tire to have sufficient traction on such a slick course. Maxxis claimed three of the top five spots in Elite Women, with Anne Terpstra (Ghost Factory Racing), Caroline Bohé (Ghost Factory Racing), and Rebecca McConnell (PMG Racing Team) coming in 2nd, 3rd, and 5th places. In the Men’s race, Nino Schurter (Scott-SRAM MTB Racing Team) managed 11th place, still putting him in a solid starting position for the XCO on Sunday. Many came into the Leogang World Cup with the question, “Will Nino break the all-time XCO wins record this time?” Although 2nd is nothing to be ashamed of (and adds valuable points to the overall standings), Nino will have to wait till the next round to try and accomplishment this incredible feat. Anne Terpstra had a great race, finishing 5th in Elite Women, while the #1 plate of Rebecca McConnell crossed the line in 7th. Don’t miss the next round of the World Cup in Lenzerheide, July 8-10!