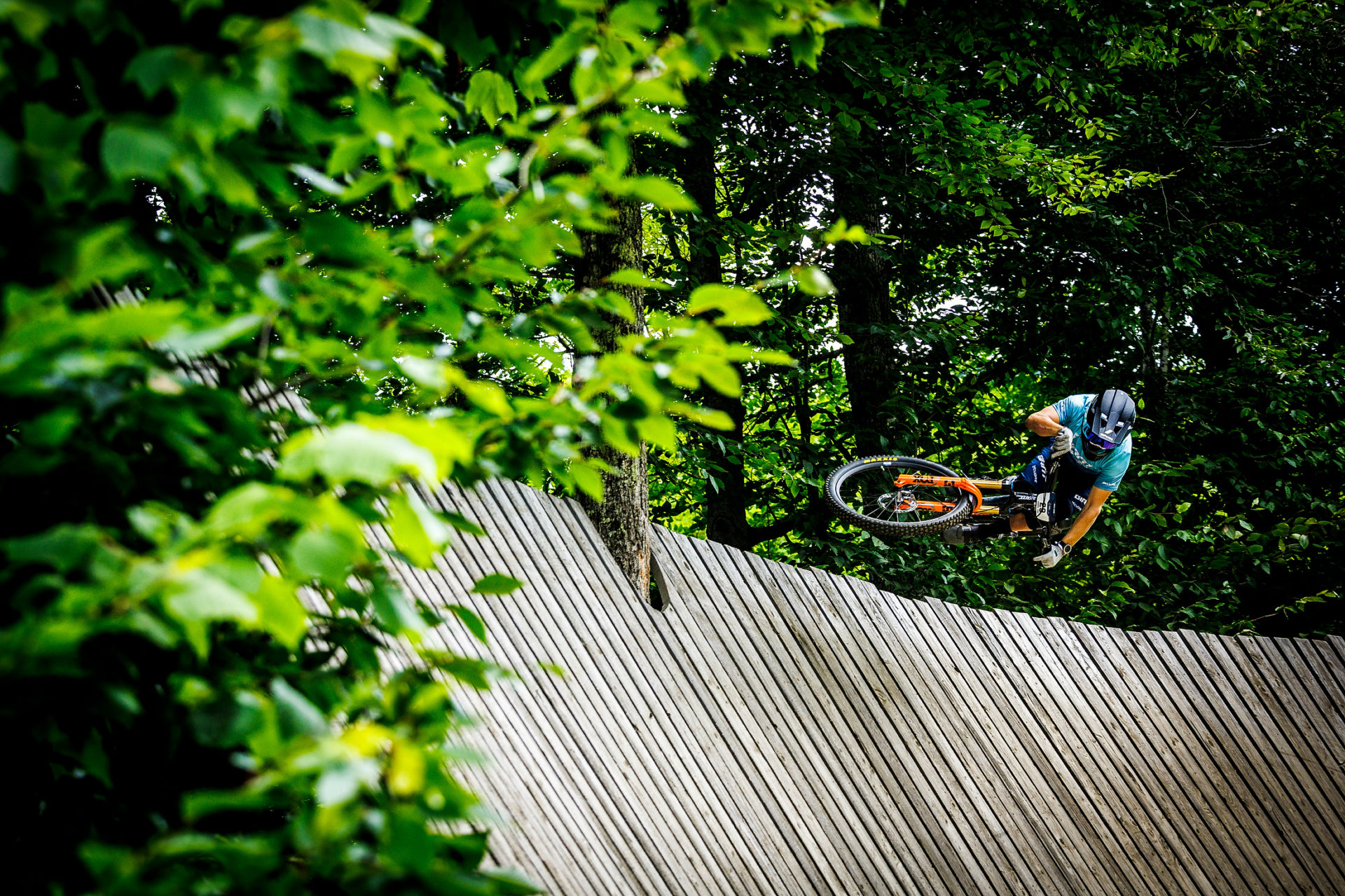 EWS Burke: Back in the USA

The Enduro World Series is back in the USA with a trip to Burke, Vermont. Known for slick roots and difficult technical sections, Burke was a perfect choice to challenge the world’s best riders. Coming off of a very strenuous race at Crankworx Whistler, EWS athletes would be pushing their limits just to compete at Burke. Jesse Melamed (Rocky Mountain Race Face) claimed the win in Whistler and would be looking to continue that streak in the USA. After the Pro Stage, riders took on three more tough stages. In U21 Women, Sophie Riva (Ancillotti Factory Team) continued her impressive results with another win. Emmett Hancock (We Are One) stepped onto the podium with a third-place finish in U21 Men. Baraona, Richter, and Connolly claimed the third through fifth positions on the Elite Women’s podium, adding valuable overall points to each of their standings. Maxxis dominated the Elite Men’s podium with Rude taking the win, Moir slotting into second, Melamed in third, and Martin Maes (Orbea Enduro Team) holding down fifth. Yet another EWS race on the books, and this savage block of racing continues in Sugarloaf, Maine on August 20-21!