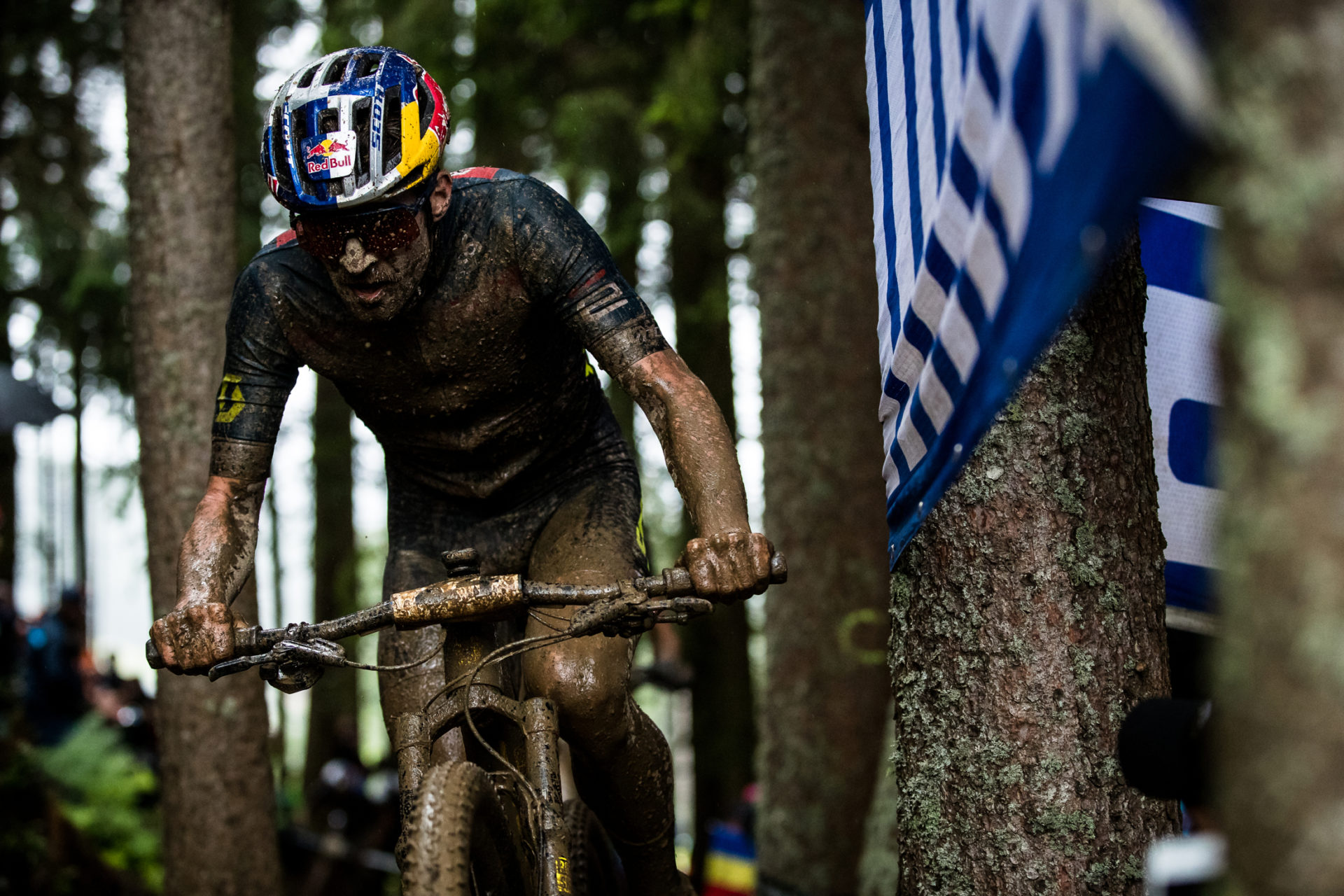 Les Gets World Cup: One to Remember

Unforgettable. That’s the one-word description for last weekend’s Les Gets World Cup round. From one of the best DH courses ever constructed to a rowdy and wet XC race day, Les Gets was a dream event for racers and audiences alike. The weekend kicked off with the short track XC race on Friday. A rider’s placement in the short track will determine their starting row for Sunday’s main event XC race, so racers take it seriously or risk any chance of podium placement on Sunday. Maxxis riders Linda Indergand (Liv Factory Racing) and Kate Courtney (Scott-SRAM MTB Racing Team) placed fourth and eighth in Elite Women. Next was Saturday’s DH race; truly, one for the books. Not only was this a new course for 2021, but one of the best that the sport has ever seen. To make things even more interesting, it started raining as riders descended the mountain, shifting the race into an absolute mud-fest. Most DH riders preferred the Maxxis Shorty and Wetscream tires in these treacherous conditions. There were some spectacular runs in the slop, especially Reece Wilson’s viral send in horrible track conditions. At the end of it all, Maxxis rider Jackson Goldstone (Miranda Factory Team) took his first-ever victory (second-ever race) in the Junior Men category with Jordan Williams (Madison Saracen Factory Racing) coming in second. Maxxis athletes Connor Fearon (Kona Bikes) and Mark Wallace (Canyon Collective) came in fourth and fifth in the Elite Men’s race. Finally, Sunday’s XC main event did not disappoint. Like the DH race, the course was very wet from the rain and conditions deteriorated lap after lap. Nino Schurter (Scott-SRAM MTB Racing Team) responded well to the mud and placed fifth in Elite Men, while Rebecca McConnell slotted in fifth in the Elite Women’s race. Rebecca used the Maxxis Forekaster up front while Nino was on a prototype Maxxis XC mud tire for superior control on a drenched, muddy course. We’re seriously stoked after such memorable racing in Les Gets and cannot wait for the next World Cup round in August!!