After an exhilarating round of World Cup racing in the United States, the circuit headed to the legendary Mont-Sainte-Anne venue in Canada. The combination of rough courses and variable weather conditions made for a challenging weekend of racing for both XC and DH riders, made even tougher by the fact that these racers had just survived miserable conditions in Snowshoe. Short Track was back in action on Friday. Maxxis athletes Anne Terpstra (Ghost Factory Racing), Caroline Bohé (Ghost Factory Racing), Kate Courtney (Scott SRAM), and Rebecca McConnell (PMG Racing Team) filled the fourth through seventh positions. Unfortunately, Nino Schurter (Scott SRAM) was not feeling it after his horrendous crash in Snowshoe and ended up near the back of the pack. Fans were thrilled that World Cup DH racing was back in MSA, and they showed up in hordes to watch the racers throw down. The Juniors kicked things off with Jackson Goldstone (Santa Cruz Syndicate) picking up ANOTHER win while Jordan Williams (Madison Saracen), Bodhi Kuhn (Trek Bikes), and Lachlan Stevens-McNab (UNION) took second through fourth places on Maxxis tires. In Junior Women, Gracey Hemstreet (Norco Factory Team) snagged second place with Valentina Roa Sanchez (Pro Builds Racing) in third. 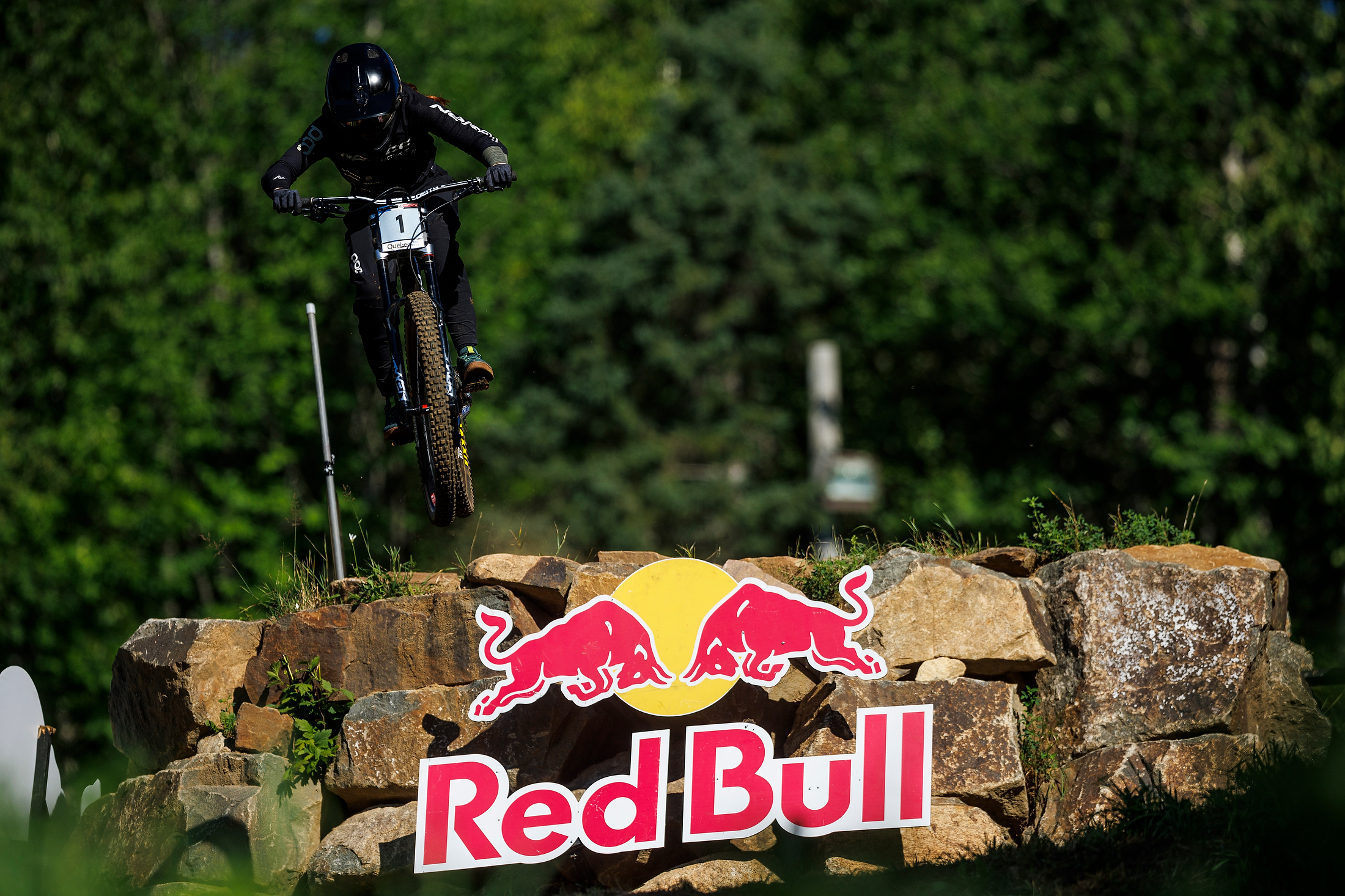 Vali Höll (Rockshox Trek Race Team) proved once again that she has the pace to take it all this season, smashing her way into first place for her second win on the year. Nina Hoffmann (Santa Cruz Syndicate) was just off Vali in second place. In Elite Men, Laurie Greenland (Santa Cruz Syndicate) just missed out on the win, taking second place. It was exciting to see Troy Brosnan (Canyon CLLCTV), back on pace after his injury, secure third place. A rainy Sunday made for tough XC racing conditions for the second weekend in a row. Anne Terpstra and Kate Courtney ended up in seventh and eighth places after 1.5 hours of difficult pedaling. Shockingly, Nino Schurter fought all the way back to a sixth-place finish – a true feat by the World Champion!! The 2022 World Cup season is nearing its end with the last event in Val Di Sole coming up on September 2-4. Don’t miss the thrilling conclusion!!