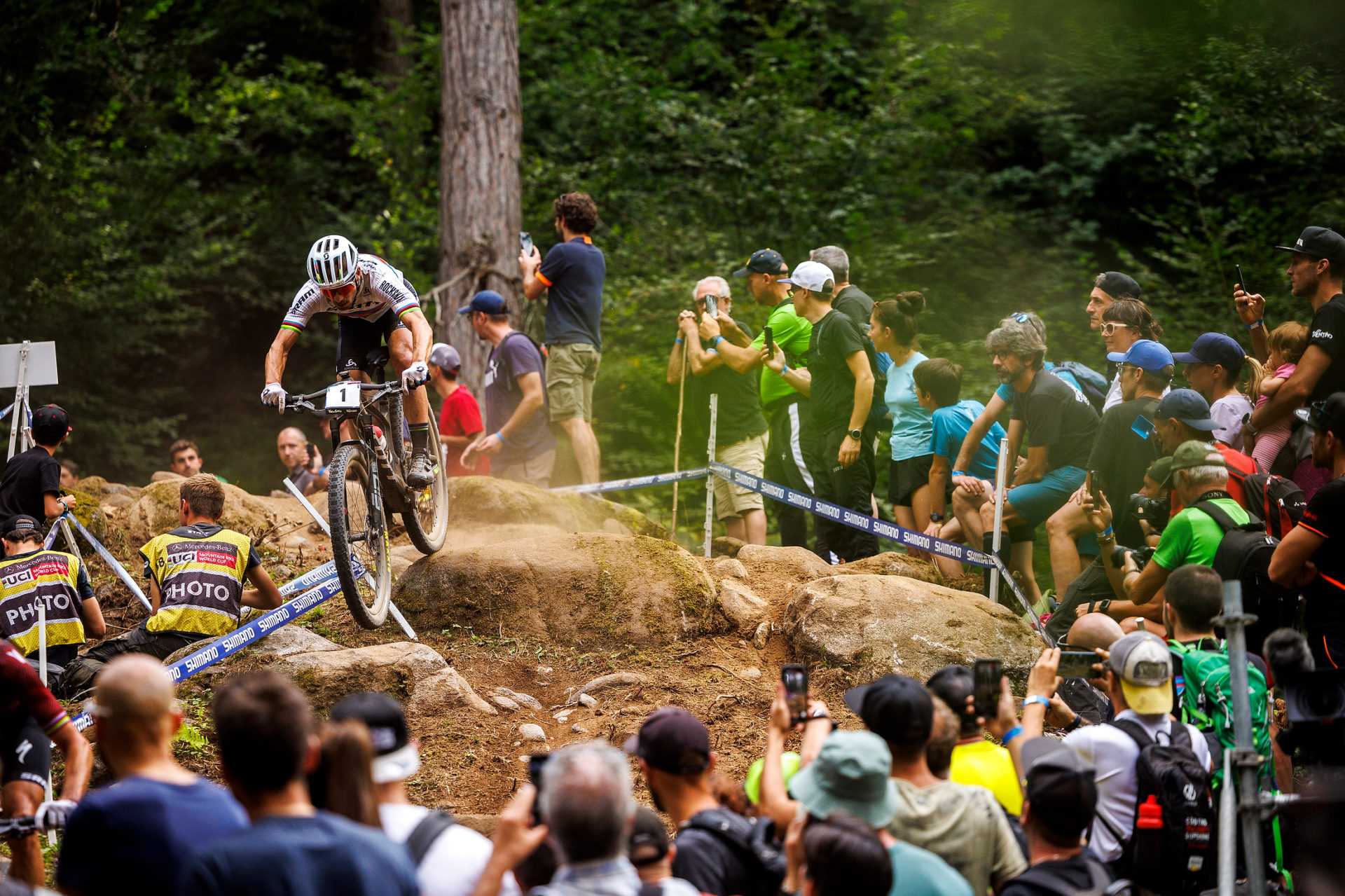 The end of the 2022 World Cup season has arrived, and what better place to cap off the year than Val di Sole, Italy. With overall titles still up for grabs, riders had to muster the strength for these rough courses only a week after World Champs. This weekend also marked the last race for Scott Factory DH rider, Flo Payet – congrats on an amazing career, Flo! On Friday, the action kicked off per usual with the final short track race of the year. Kate Courtney (Scott SRAM) looked strong to finish the season, placing fifth in Elite Women. Nino Schurter (Scott SRAM) set himself up to go for the XCO overall title win on Sunday with a fourth-place finish in Men’s. Saturday’s DH final was full of crashes and hard impacts on the very blown out and rocky Val Di Sole track. The Juniors took to the course first, and Gracey Hemstreet (Norco Factory Team) rounded out the year with another victory as well as the Junior Women Overall Title. Jordan Williams (Madison Saracen) put down a scorcher of a run – a 3:35.941 while the winning time in Elite Men was 3:39.774. This mind-boggling stat just proves once again that he and 2022 Junior Men Overall Champion Jackson Goldstone (Santa Cruz Syndicate) are ready to shake up the Elite Men come next season. Sunday brought the capstone XCO race to seal the weekend. Even after pulling out of the race due to an infection, Anne Terpstra (Ghost Factory Racing) finished in third overall on the season with Rebecca McConnell (PMG Racing Team) just ahead of her in second. Even after his performance at World Champs just a week ago, Nino Schurter charged to finish in second place on the day and claimed his eighth World Cup Overall Title – an insane achievement for the GOAT. Another amazing World Cup season has come and gone. Maxxis is very proud of all our athletes, and we extend our congratulations to everyone who #treadvictoriously on Maxxis tires this year. See you next year!